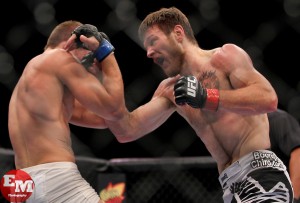 What was a Hudson Valley boxer doing in Buffalo over the weekend?  Well, Pat Daka was competing in the second round of the Upstate New York Golden Gloves.  What you may not know is that Pat Daka is still just a teenager.  Prom, graduation, and other high school rites of passage are still fresh in his mind.  But this young pugilist enters the ring, just the same, ready to face down fully grown men who want to take his head off.

Hudson Valley boxing’s Pat has shown that he does not scare easily.  In the first round of the Golden Gloves, he faced an enormous 300-pound superheavyweight.  Many counted out Precision boxing’s entrant, but Pat had other plans.  Showing ring generalship generally only  seen in hardened veterans, Pat worked with quick flurries and strong power shots in route to a dominant victory.  Those who doubted him before knew he was business.  He did not drive all the way from the Hudson Valley to box and leave empty handed.

After he earned his victory, Pat immediately got back into training with Hudson Valley boxing coach Derrick Ohlhoff.  Even though he won in dominant fashion, Pat was still focused on improving as a boxer and working on his weaknesses.  In addition, he even took the initiative to step outside of his comfort zone and spar the top dogs at other Hudson Valley boxing gyms.  Pat even stepped into the ring with Zuri Lawrence, a veteran of over 40 professional fights.  While there were small hiccups and moments of doubt, Pat stayed on course and focused on his goal: to become a Golden Gloves champion.

When February 16th finally arrived, Team Precision Boxer Pat Daka was ready to show what he was made of.  While other fights were filled with self-doubt and anxiety, Pat was overflowing with confidence and eager anticipation.  Coach Derrick gave his last minute instructions and they made their way to the ring to take on another mountain of a man.  It wasn’t the man’s size that bothered Pat, though.  He was facing a south paw.

South paws are rare and pose a unique challenge for orthodox or right handed Hudson Valley boxers.  When facing a south paw, everything is backwards.  Boxers have to circle to their left and lead with their right despite countless rounds of doing the exact opposite.  They often step on each other’s feet in an awkward attempt to gauge distance, where the opponent feels simultaneously too close and too far at the same time.  While southpaws face similar challenges, they have one thing on their side – experience.  They know what it feels like because most boxers are right-handed – 9 out of 10, to be exact. Meaning southpaws hone their strategy for righties while orthodox fighters might even have a lefty in their gym to work with.

Pat knew that there was no turning back after the bell sounded for the start of the context, so the Hudson Valley boxer sat back and bided his time, trying to win the battle.  Then Pat saw that his lead foot was outside his opponent’s, and he knew he was in line for a straight right hand.  Pat fired right down the pipe and snapped the man’s head back like a Pez dispenser.  His opponent retreated for a moment to collect himself, but Pat never gave him a chance to.  He adjusted to his southpaw jitters and maintained constant pressure.

Showing the mindset of a champion, Pat informed his coach that since he took very little damage, he would be ready to fight again on Saturday at another local boxing show near Poughkeepsie.  With three victories under his belt, the future looks bright for Pat Daka and the rest of Team Precision Boxing.  Keep your eye out for this young heavyweight with the thunderous right hand.

Precision MMA is now offering a 30 Day Free Trial for Poughkeepsie boxers of all levels to find out more call 845-392-8495 or visit http://www.poughkeepsieboxing.com