Why Should I Start Training Mixed Martial Arts?

Looking to pick up an interesting, fun and overall beneficial sport? Make the decision to take lessons at our gym: Precision Boxing and MMA in Poughkeepsie, New York. Mixed Martial Arts has gained popularity in the Hudson Valley, and with the host of benefits, both mentally and physically, we understand why. MMA will improve: confidence, concentration, coordination, and most importantly self-defense and discipline. MMA will promote total body and mind fitness by working on cardio, flexibility, and strength through various methods of training. Improved flexibility, especially for older participants, can prevent pulled muscles and fractures. MMA will increase hand and eye coordination by learning how to make your whole-body work in unison for improved reaction times and agility. MMA will boost confidence by helping you physically look your best and by giving you the ability to protect yourself from potential attackers in any real-life dangerous situation, a necessity in modern society. Additionally, with an increase of confidence, you’ll gain a boost in self-esteem. Knowing that you can effectively defend yourself in physical confrontations will enable you to be relaxed and ease your anxiety in the face of a possible encounter. Gaining confidence will allow you to develop an ‘I can’ attitude to help you take on any challenge life throws at you with a sense of credence. If you’re looking for the recipe to tackle insecurities, gain confidence and promote good health, make the decision to train alongside an ever-growing number of students at Precision Boxing and MMA in Poughkeepsie, the Hudson Valley’s premier academy. Come in to schedule a consultation to see how Brain McLaughlin and his coaches can help you achieve optimal health and improved confidence.  –   Live in Poughkeepsie and looking to start your MMA journey?  Call Precision at 845-392-8495 or CLICK HERE

Sam Rivera gives  unique look at Precision Mixed Martial Arts in LaGrange, NY.  This video is narrated by Precision’s head coach Brian McLaughlin and looks at what motivated him to open Precision as well as what drives students and coaches alike to keep coming back on the mat day after day.

If you live in Poughkeepsie, LaGrange, or anywhere in the Hudson Valley and would like to check out Precision Mixed Martial Arts then check out precisionmixedmartialarts.com or call 845-392-8495 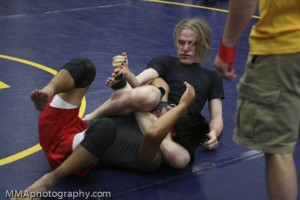