Jim Miller has a fight coming up against Donald Cerrone.  This is a dream matchup for the fans.  Both Miller and Cerrone are two of the most exciting fighters the lightweight division and even the UFC has.  This is guaranteed to be a barn burner of epic proportions.  Both fighters bring a real finishing prowess to the table and it could become a classic fight much like Miller’s brawl with Joe Lauzon.  The fight also has serious implications for the UFC title picture.  Their are many fighters who have a shot coming to them and Jim and Donald are two of the top guys.  Both fighters are on win streaks and have been legit contenders for years.  This fight should be a can’t miss event for even a casual fight fan. 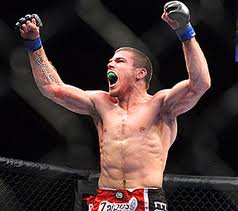 Donald Cerrone brings an impressive 23-6 record into the cage.  Only five of those wins have gone to a decision.  His loses are to a murderer’s row of fighters, the majority of which were titleholders in the UFC or WEC.  He is also very hard to put away.  His only two stoppage loses are to Benson Henderson and Anthony Pettis.  Miller also has an impressive record with 24 wins and only four loses.  He has been stopped only once in his career and that was by the always dangerous Nate Diaz.  When it comes to winning, Miller does it with almost monotonous regularity.  Miller is a finisher with 14 wins by way of submission and three by TKO or KO.  He has the striking, wrestling and Brazilian Jiu-Jitsu to give anyone problems.  His submission game has been where has had most of his recent success, with both of his last two wins coming in the first round by submission.  One of those victories came over MMA veteran and BJJ blackbelt Fabricio Camoes.

Jim Miller has been training extensively with Precision MMA coaches Karl Nemeth and Brian Mclaughlin.  Karl has been sparring with Jim to prepare him for Cerrone’s very nuanced attacking style.  Cerrone has an excellent jab and uses it for offense better than perhaps anyone in MMA.  Cerrone has his background in kickboxing that also makes his kicks and knees very dangerous.  Karl is a very good kickboxing and is doing his best to imitate the movement and attacks Cerrone throws at his competitors.  Brian has been working with Jim to improve his already lethal ground game.  Jim is becoming harder to hit on the ground, while simultaneously becoming a submission ace.  Jim is dangerous off his back or on top.  Noted BJJ pioneer and avid MMA fan Eddie Bravo recently said that Miller had one of the most dangerous guards in all of MMA. 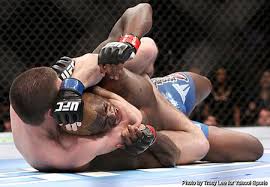 Jim and Donald will provide a real test for one another and should have a very entertaining fight.  They are veterans who like to fight and who really go for the finish.  I am looking forward to this fight more than any other in recent memory.

If you want to train with coaches who know the ins and outs of the fight game and are sought after by high level pro fighters come to Precision MMA.  We offer a FREE 30 day trial and private lesson.  Stop by, give us a call at 845-392-8495 or go to our website at www.poughkeepsiemixedmartialarts.com