Boxing is a great sport for a variety of reasons.  A participant in boxing can derive many benefits from training.  While many people may want to fight in a ring or try their hand at amateur or professional boxing, most people just want to train for the sake of training.  Two of the main benefits of taking boxing classes are an increased ability to defend yourself and getting yourself into terrific shape. Boxing classes can offer many other benefits, but these two are the most prevalent and easy to achieve. 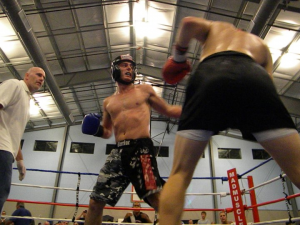 Boxing classes is an underrated martial art for self-defense.  Many people think of boxing as just a contest of who can throw either the harder punches or more punches.  Offense is only half of what you learn in a boxing class and the other half is far more nuanced and in depth.  Any first lesson in a boxing class should include footwork.  A boxers ability to move is a huge predictor of success in a fight.  A boxer who can move in and out is one that will be able to not only land more punches, but also not get hit.  Controlling the distance at which a fight is fought is how you stop yourself from being hit in a street fight.  Before any new student can spare, they have to learn how to not get hit.  Head movement and other evasive tactics can be used in both organized fights and street fights.  A boxer who uses head movement in the ring is a sight to behold, constantly confusing his opponents and leaving them out of position.  A person who can use boxing head movement to avoid getting hit in a self-defense scenario is in very little danger from the average guy on the street picking a fight.  Combine head movement and footwork and a person becomes a nearly untouchable.

Boxing classes can have you in the best shape of your life.  A typical boxing class has many different workouts on any given day.  The start is typically a footwork drill or jumping rope.  It moves on to mitt work and and pad holding.  The major part of class is learning techniques and then repeating them while the instructor monitors and makes sure form is perfect.  The average boxing class consists of a whole body workout.  Punches, when they are properly learned, are a full body workout that utilizes leg, arm and core muscles.  Throwing punches in combination enhances this work out.  At the end of a boxing class your feet or lower legs are sore from the footwork and jump ropes.  Your arms are sore from punching and parrying punches.  The whole experience is one of the most fun and rewarding workouts I have ever experienced. 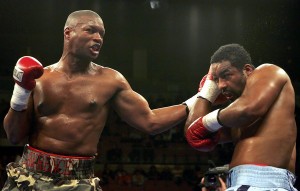 If you are interested in Boxing Classes come in to Precision MMA today.  We offer a FREE 30 day trial and private introductory lesson.  Give us a call at 845-392-8495, stop in or go to our website at www.poughkeepsieboxing.com.